SoftWave Tissue Regeneration Technology maybe the most under valued medical device company, in one of the fastest emerging markets. Investors should keep an eye on this little known company that many are predicting to be the next biotech breakthrough.

Softwave therapy is a non-invasive treatment used around the world by urologists, cardiologists, chiropractors, orthopedists, physical therapists, plastic surgeons & by trauma surgeons. It is an alternative for orthopedic surgeries. In clinical studies, around 91% of the patients are reporting successful results, including an increase in mobility, decrease in chronic pain, and other health improvements. Softwave therapy is used to treat a variety of musculoskeletal conditions, particularly those affecting medium to large sized tendons and their insertions on the bone. It is a non-surgical treatment, same day procedure with little to no down time and works by delivering super sonic sound waves that are generated by electro hydraulically produced spark waves. It’s like taking a lightening & thunder, then placing it in a hand held applicator. This produces a high pressure followed by a low pressure that produces a shearing force on the cell membranes. First, it compresses the cell by 2% than it expands the cell by 10%, which helps improve cell membrane permeability. It’s called Mechanotransduction & this intelligent energy helps activate a power super gene called Toll-Like Receptor 3 (TLR3), who’s responsible for a cascade of positive biological healing events, including: decreasing pain & inflammation; increasing angiogenic factors that help increase circulation; as well as, signaling cellular communication via exosomes to call for other stem cells & repair cells to migrate to the treated area. Then finally, rebooting & accelerating the body’s own self healing ability.

Softwave tissue regeneration technologies stimulate endogenous repair cells, activate regeneration and healing by increasing the blood flow within the affected area, and decreasing local factors which can cause pain. Thus, there is an increasing demand for Softwave therapy usage worldwide.

Moreover, increasing demand for shock wave therapy devices, growing geriatric population, current opioid epidemic and established healthcare infrastructure is expected to augment the growth of the shock wave therapy devices market. For instance, in March of 2019, SWAV launched the first intravascular shock wave treatment for peripheral artery disease below the knee, & within the last year has been approved by the Food and Drug Administration for the entire body.

Not All SHOCKWAVES are created equally:

Many companies claim to sell shockwave devices, but in fact they’re not considered true shockwaves. I think it’s important to understand this sector is based on genuine lithotripsy. This is the same technology that’s been used for over 40 years to pulverize kidney stones, biliary stones & salivary stones. It’s had an 85% success rate & the FDA labels it as a non significant risk factor, because of minimal to no side effects.

The shock wave therapy devices market is expected to exhibit exponential growth during the forecast period owing to the growing incidence of cardiac ischemia, kidney stones, and erectile dysfunction. For instance, in January 2021, Alma announced the launch of Alma Duo, a revolutionary treatment for men. Alma Duo has been clinically validated to improve blood flow and bring spontaneity back to men’s lives using the gold standard in shock wave technology-focused low-intensity extracorporeal shock wave therapy (LI-ESWT). 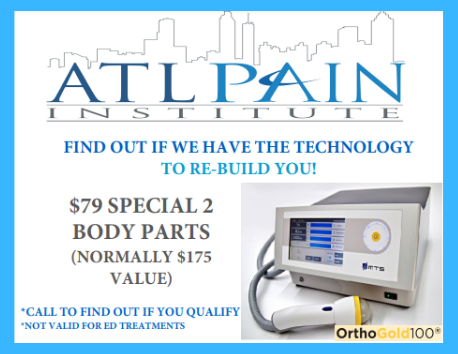